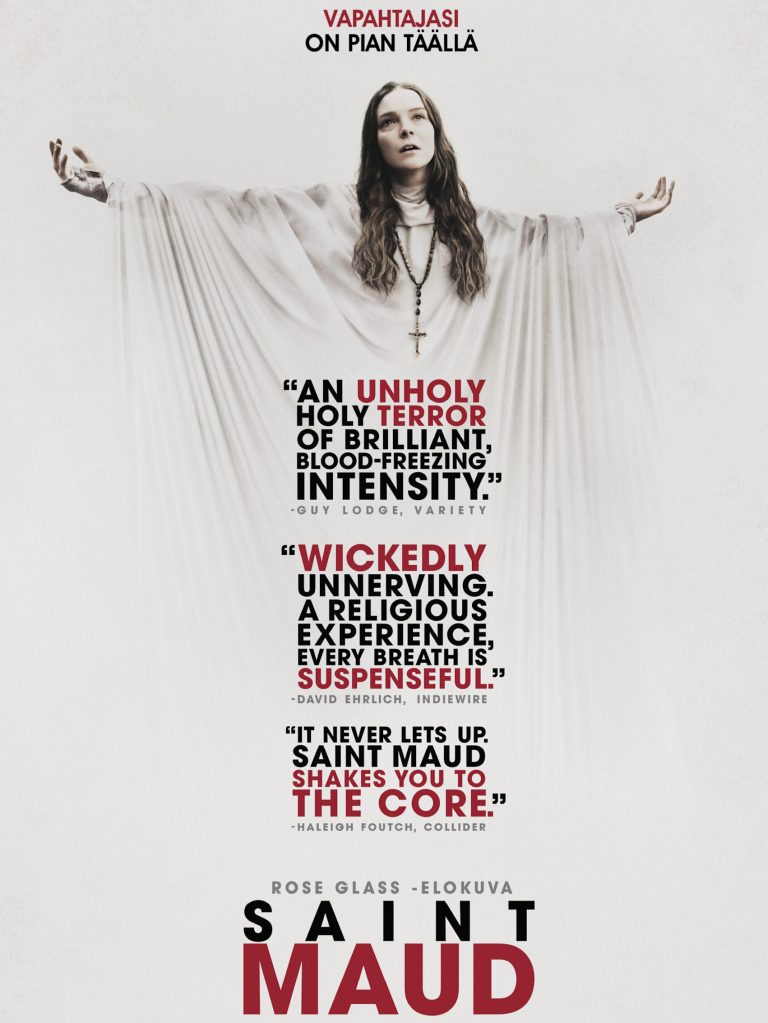 Rose Glass’s debut film is an exquisite slice of religious horror, centred on an unexpected (and potentially provocative) premise: what would the opposite of demonic possession look like?

The young woman, Maud – if we’re to believe her experiences are genuine and not the result of madness – has seemingly become the target of heavenly forces. She talks frequently to God, who replies on occasion in growling, abyssal Welsh, a nod to her birthplace.

Memories of the deadly mistake that led to her religious awakening return to her in ghastly visions: a body in a hospital bed. A chunk of hair, wet with blood. A cockroach in the ceiling.